The investigation of separation performance of porous materials is very important for evaluation of such materials for separation
processes. The separation of methane and carbon dioxide was studied on activated carbon as it appears in many applications such as biogas upgrading or natural gas cleaning. For evaluation of the separation performance, breakthrough curves of a ternary mixture (methane, carbon dioxide, and helium) were acquired using the mixSorb L analyzer (3P INSTRUMENTS) as seen in Figure 1 coupled with a ThermoStar MS (mass spectrometer, Pfeiffer). It is shown that the mixSorb L measurements allow for a better understanding of mixed gas adsorption processes as compared to static gas sorption characterization methods. Furthermore, these measurements provide the basis for the calculation of the concentration profiles of a fixed bed adsorber, linking the development of new adsorbents and their use in industrial practice. 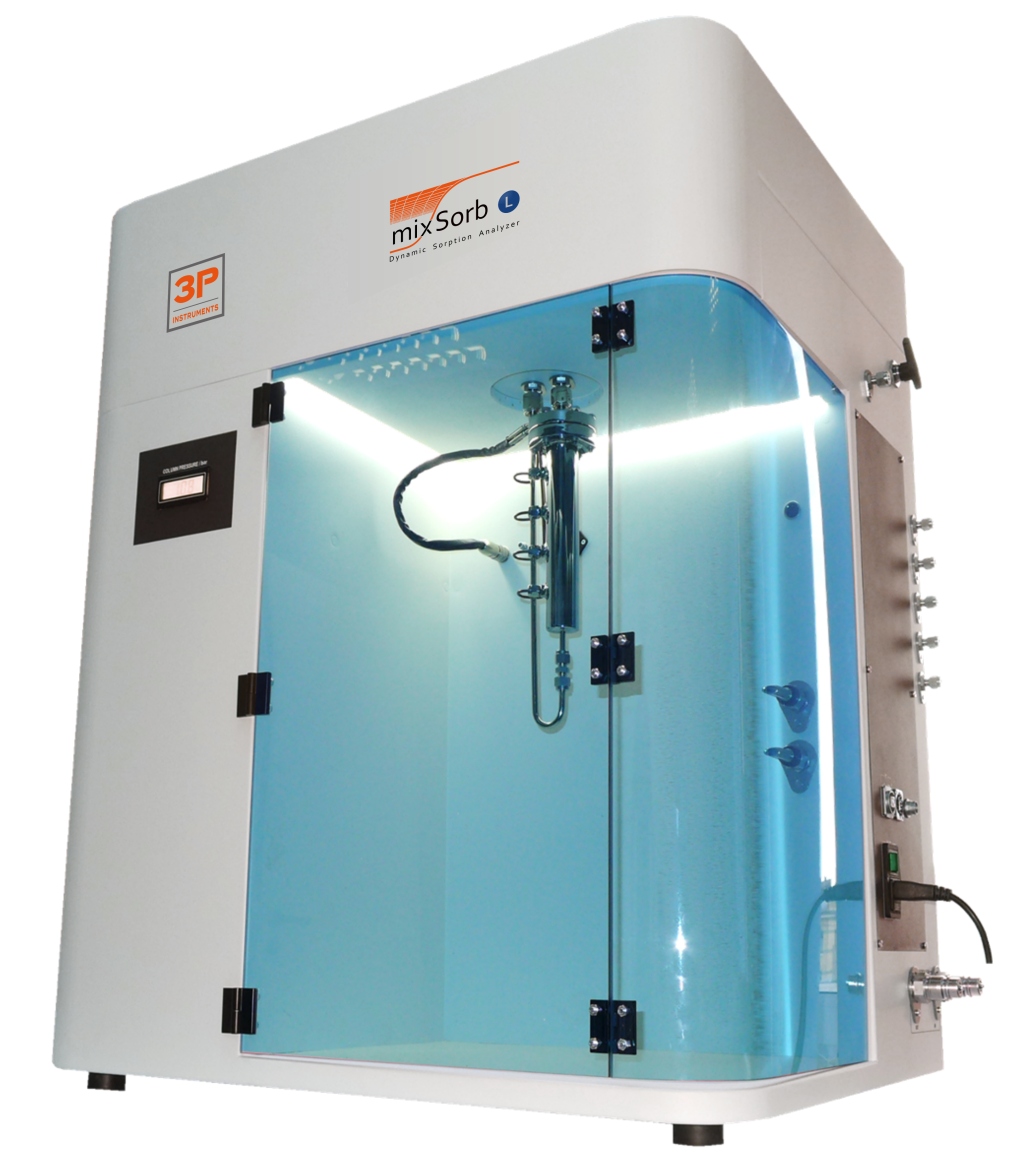 For measurement of a breakthrough curve, a gas flow with a well-defined concentration of both adsorptives in a carrier gas passes through a fixed bed adsorption column containing the sample. The concentrations of all gases at the outlet of the fixed bed are detected in a time-resolved manner. A dead volume correction can be applied by measuring the response signal during an experiment with inert material, which will not adsorb the adsorptive gas. Approximately 50 grams of activated carbon A was used; the details of the experiment are presented in Table 1. The end of the breakthrough was defined by a time criteria with a maximum measurement time of 120 minutes and a temperature stability criteria of 0.5 K in 10 minutes. 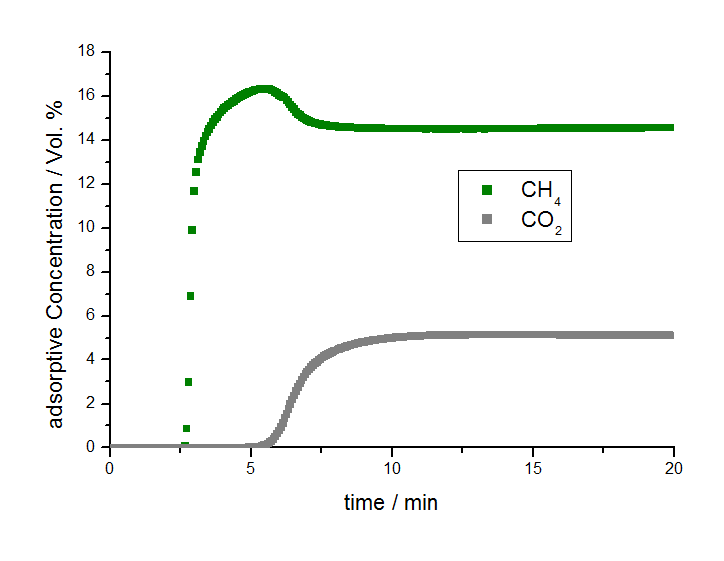 There is an obvious separation effect by the activated carbon A. It has been shown that methane has a substantially shorter breakthrough time compared to that of carbon dioxide, thus the methane gas can be separated in the time interval between the two gas breakthroughs. The mixSorb L coupled with a mass spectrometer offers the ability to study the adsorption behavior of the components of ternary gas mixtures and can be used as an experimental tool to optimize porous materials for specific gas separation applications. Such valuable performance characteristics can only be derived from dynamic experiments.