3P INSTRUMENTS offers two general ways to obtain information about mixed gas adsorption processes; first with the measurement of the dynamic sorption process with the mixSorb L (3P INSTRUMENTS) and second by use of the 3P sim software of the mixSorb L to calculate mixed gas data using pure gas isotherms. The mixSorb L offers the tools not only to measure the mixed gas isotherms in practice, but also to compare the results with various theories to include specific effects of the adsorption processes on the porous materials
investigated. The 3P sim software provides the ability to predict mixture equilibrium data by well-established models (Table 1). The 3P sim simulation software also provides the tools to estimate parameters for mixed gas separation processes such as the saturation capacity, the affinity constant, and the Sips exponent as well as the temperature dependencies of each. 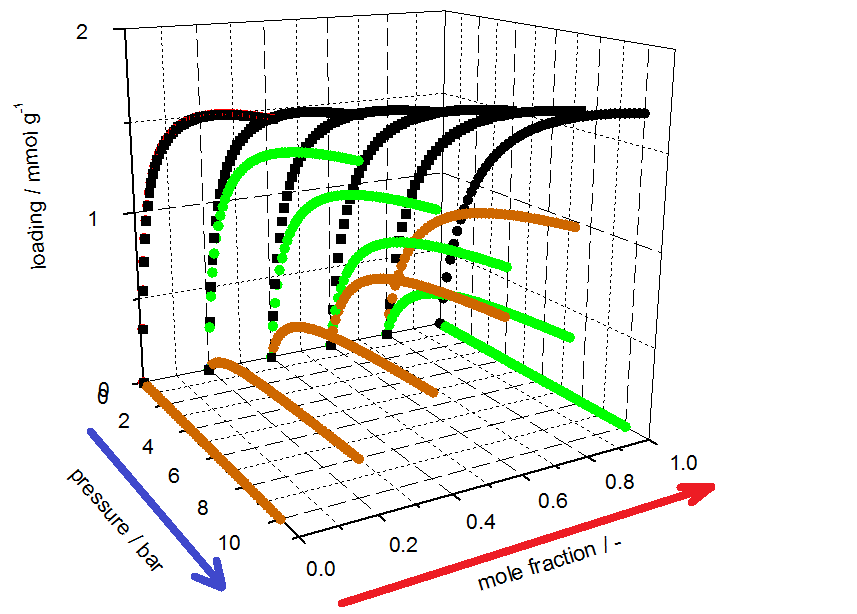 For this study, gas adsorption isotherm data from other sources were used in combination with isotherms measured at different temperatures with a volumetric analyzer shown in Figure 2 for methane and Figure 3 for carbon dioxide. 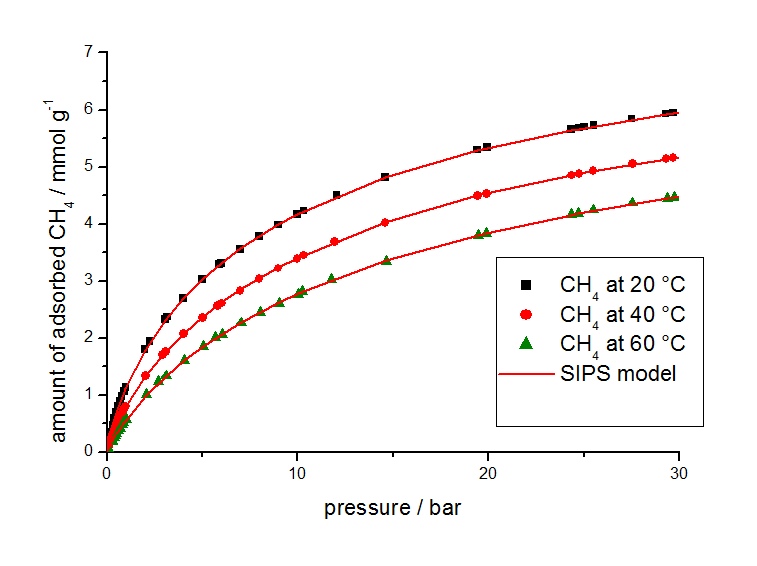 Figure 2. Methane isotherms on activated carbon A for determination of isotherm parameters, measured with iSorb HP (Quantachrome). Fits are calculated data with Sips parameters from Table 2. 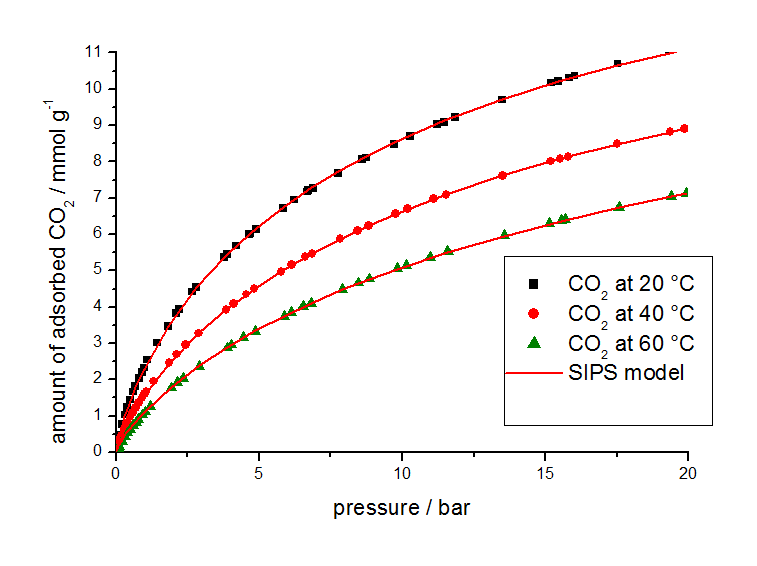 The isotherm parameters listed in Table 2 were determined from the equilibrium data by use of the 3P-Sim software package.

By applying these isotherm parameters and calculations for non-isothermal conditions, the breakthrough behavior can be described with the 3P sim software package as seen in Figure 4.

From the fitting of the measured breakthrough curves, a linear driving force constant (LDF-value [3]) was determined to be 12 per minute for methane and 9 per minute for carbon dioxide for the activated carbon A under experimental conditions. Due to the similar LDF values for methane and carbon dioxide, it can be concluded that the measured separation effect is based on the different sorption capacities of both adsorptives and that there are no relevant steric kinetic separation effects on this material. 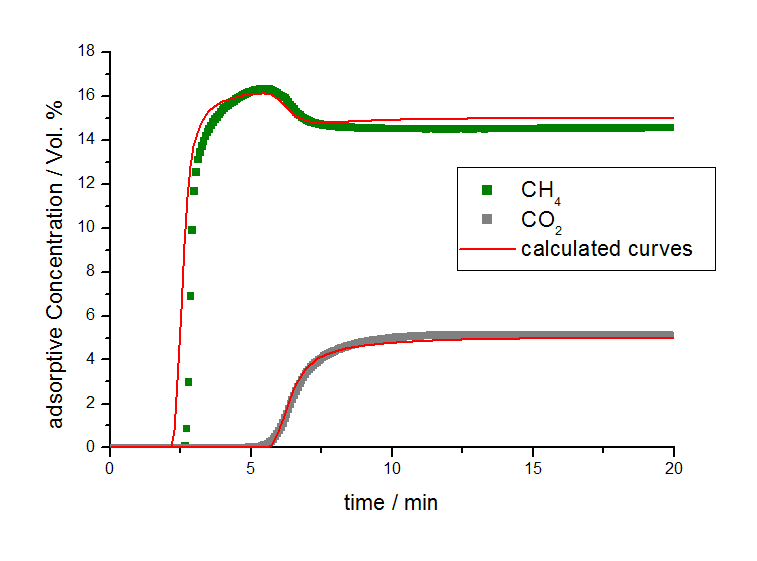 Figure 4. Measured breakthrough curves for 15 % methane and 5 % carbon dioxide in helium and the calculated curves based on multi component Sips-model.

Separation effects can be determined by measurement of the breakthrough curves of gas mixtures in a carrier gas using the mixSorb L. With the combination of the pure gas isotherms and their corresponding breakthrough curves along with data fitting using a dynamic model, LDF-constants can be estimated for further parametric studies to predict the source of the separation effect. It is possible to investigate adsorbents and their separation performance under real-world conditions using the dynamic method under lab conditions. Similar LDF-values from the 3P sim calculation shows that a separation effect is based on the difference in sorption capacities of both adsorptives and not on steric-kinetic separation effects.